This post is dedicated to the Moronic Typhoid Mary working there who owned the unbridled temerity to beg the question, via internet search, "What harm is there in one prescription/poisoning with J&J's Risperdal." Hang onto your Research Grant, Idiot, because you haven't seen the Tenth of it.

In 2008 the FDA made a grab for Pre-Emption. FDA wanted the last word on drug and device safety. This coup, had it succeeded, would have pre-empted consumer lawsuits against drug and device makers after they’d been injured, If FDA had won, “Too bad, we certified it, end of story”. The 7th Amendment guarantees Citizens the right to trial by jury in matters exceeding $20. FDA’s position was, “go soak your head.”

FDA tried to invoke the Constitution’s Supremacy Clause: which would have been usurping the authority of Congress. Congressman Braley & co. sent pre-emption packing. What do we learn from this?
What we learn, in reaffirmation that even the most nuanced among us can digest but obdurately refuse to acknowledge is that FDA, its rules, regulations, and delusions of PDUFA corrupted regulatory grandeur is a Creation of Congress and Not the Equal or Superior of Congress. FDA is Congress Dogsbody.
Congress Does have the Final Word, (regardless of what you may Think of the current Congress) and that Word has already been uttered in Black and non-FDA overrideable US Federal Law.
USC 18C95 Sec 1958, the Skull at The Banquet, Mandates that each and every prescription for FDA approved Risperdal and any other drug featuring murder as a "side effect/Direct effect" toss the prescriber into a Federal Penitentiary for up to 10 years even if murder does not result from it.

Sec. 1958. Use of interstate commerce facilities in the commission

(a) Whoever travels in or causes another (including the intended

victim) to travel in interstate or foreign commerce, or uses or

causes another (including the intended victim) to use the mail or

any facility of interstate or foreign commerce, with intent that a

United States as consideration for the receipt of, or as

consideration for a promise or agreement to pay, anything of

pecuniary value, or who conspires to do so, shall be fined under

this title or imprisoned for not more than ten years, or both; and

if personal injury results, shall be fined under this title or

imprisoned for not more than twenty years, or both; and if death

results, shall be punished by death or life imprisonment, or shall

the form of money, a negotiable instrument, a commercial

interest, or anything else the primary significance of which is

of transportation and communication; and

(3) "State" includes a State of the United States, the District

of Columbia, and any commonwealth, territory, or possession of

Here’s how it applies:

1: Are Interstate Commerce Facilities in the US being used to distribute the drugs?
Yes (commercial trucking, air freight, rail, UPS etc, & using US mail, electronic mail to bill, pay for the product, pay the employees, Should have the US Postal Service prosecuting under this statute as well as for Federal Mail Fraud.)
2: Are people/employees being Paid/Hired to distribute the drugs using Interstate Commerce Facilities?
Yes
3: Do the drugs cause Murder?
Yes
4: Are the prescribers in possession of the Knowledge that the drugs cause Murders?
In California, Risperdal requires registration with the Cal. State Police and every prescriber Knows it.
The State Police don’t have time to concern themselves with Diabetes, Tardive Dyskinesia, Brain Death, Heart Attacks, or even Suicide. They DO concern themselves with murder.
No more proof is needed. And since State Police Registration makes the drugs a Violation of USC 18C95 Sec 1958 in California, it therefore makes the drugs a Violation of USC 18C95 Sec 1958 in All 50 States because no State Government may grant itself authority superior to Federal Authority in this question. And the Top Dog in this question of Federal Authority is Congress, not FDA.
Pleading the Statute’s non-applicability as a defense due to the difference between murder, manslaughter, and negligent homicide is not an option, because Every prescriber knows the Police Registration routine. Ignorance, which would reduce the nature of intent to a lesser offense through incorporating the element of negligence is precluded by the Police Registration requirement which does establish all the premeditation to violate required to convict.
And once you walk through the 1958 door you find the doors to sec 1957, 1956, and 1952 also unlocked.
18C95 sec 1958 doesn’t specify that the victim of murder be identified by name or in any other fashion, only that the end result be murder. Nor does it specify that the victim be the person/Manchurian Candidate used as the weapon by the causative, initiative agents/drugs/prescribers.
If the people involved in any aspect of these drugs reaching the public involve Interstate Commerce Facilities in Any way, then there Are grounds and Courts do have jurisdiction to hear the argument.
And Furthermore;
The Statute doesn’t state that violation even requires actually crossing a State Line. It criminalizes using Interstate Commerce Facilities. So, even if the attempt, (which doesn’t have to be completed: in this case the murder causing drug), meets the criteria of the “or conspires to do so” clause, so long as Commerce Facilities such as Banks, Savings & Loans, Wire Services for transferring money which as a part of their everyday, legal Commercial activities do transfer money across State Lines, and/or commercial shippers which engage in Legal Commerce across State lines become involved at all, the Racketeering Statutes make even the attempt a prosecutable offense.
As for the clause “or conspires to do so”, all That requires is proof that as few as two people cooked up a plan to sell the stuff which involves using Interstate Commerce Facilities of Any sort in Any way shape or form. So long as murder Can result, and it Has resulted, this Statute is applicable.
Notice also that it includes the words “Foreign Commerce” so it Should grant the Government and Citizens of Nations outside the US legal standing to prosecute any American Based company or company that does business in America in an American Court, for violating American law just for Using Any Institution of already Lawful Commercial Activity in other countries.

The United States Congress does have the authority to repeal this Statute. FDA does not. But even If Congress repealed it, that would only remove the use of Interstate Commerce Facilities from the question, because not even Congress has the authority to over ride prohibitions against murder. 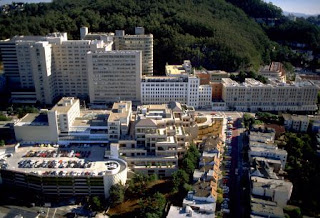 Returning to our UCSF Curious George:

If you alleged people didn't already Know and know Full Well what harm there is in One Prescription or a Million prescriptions for this drug, the former Head of your table rapping scienced, Illuminati deluded,  Psychiatry Dept, AND the Entire SF Mental Health Board wouldn't have run through their "These 2 Hospitals and their Prescribing Staffs Don't Even Exist" Skit at SF City Hall in 2007. SFMHB 06/13/07 We broke this story Here in October 2010, and aside from a few inquisitive visits from UCSF and the Municipal Govt of C&C San Francisco, absolutely Nothing has been done about it which we're aware of. And Why might that be?

Everybody in this life who gets a paycheck has a Supervisor above them. Who was Dr FG Lu's Supervisor as the Chief Psychiatrist at UCSF?

"Democratic political force Blum, 72, has been married to U.S. Sen. Dianne Feinstein, D-Calif., for nearly 30 years and counts the Dalai Lama and Al Gore among his good friends. He was a behind-the-scenes force in Democratic politics for years before being appointed in 2002 by then-Gov. Gray Davis (yes, that's Gov Grey Davis who so Infuriated the voters with his Incompetence and Panderings to special interests that just a year later, the Voters Dragged him Out of Office in a special Recall Election) to a 12-year term on UC's governing board.