If you buy a bum car, we have Lemon Laws. If you buy a defective almost Anything, you can usually return it. If you buy a bum Operation, that’s a Lot trickier. But if you’re Quacked into an Opinion, from an “I know Nothing, Nothing, Colonel Hogan (about the Truth of what they’re shoveling)” Ideate, trying to Brain Damage you, you can’t even take that Opinion, to the City Dump, forget the refund and just write off your money?

“Why? Well, …. because Simon Says, ….. and Simon is the $14.3 Trillion Debt Ceiling Bloat, who pays our bills. And since we can’t Cure, Jack; if we Did, Cure Jack, we couldn’t Continue, to Feed, off, and Increase, that Cancerous Bloat.”


How many times have we all had to listen to a wage earner on the phone tell us that they ‘Have A Policy’ and that their policy doesn’t allow them to not only Not, give a damn, but Compels Them, to Repeatedly read you a Menu which has Nothing to do with the reason you Called?

And the Larger the business is, the Worse, it gets.

We once had a problem with car insurance: Paid it up in one check for the next full year, and 4 months later got another bill for that year’s 2nd half. We called. We got Sgt Sally Schultz. No matter How many times we explained the Issue, she, “Had A Policy”, which needed us to remit another $600 plus or be cancelled. After numerous attempts to be reasonable failed, we asked for her Supervisor. Her Supervisor, “Had A Policy”, and Her Supervisor above Her, “Had A Policy”. We had a cancelled check, and an address. We got in the car and drove the check to the address, where we found all Three of these Supervisors “Having A Ring Around The Policy”. We produced the cancelled check, and the original Bill for over $1200, for a full year. That, at least, startled her out of Menu mode. She had a NEW policy. We, still owed over $600 to Her paycheck generator, because;

“They, had only Cashed our check, for Half of its face value.”

We resolved the issue (after even More failures with being reasonable) by demanding the name and contact number of the Vice President in charge of Customer Service for the State. This occasioned a hush, and suppressed intake of breath from all Three of the sisters Schultz. And it Still took two more demands to startle this deer into understanding that she was Now, screwing around with Our “Having A Policy” on Her check.

Her Third, NEW, ‘Policy’ was to yank her Head out of her Ass and Resolve the Screw Up.

There’s Nine Million of them.

But Single Payer is for the Health, of Every American, and how dare we get snippy over it. Every, American, ….. including all of those who Aren’t Americans because they’re IN America Illegally. Just ask CHANGE. He’s Teleprompting a New explanation (every day) fer all us yokels whose jess too durn dumm to unner stan nit. It’s “Shovel Ready” and better Yet; It’s from America’s First “Historic” President, ….. whose visited each of our 57 United States, ….. where, ….. according to Madame Blavatsky, Bloviater of the House; without the First $787 Billion this Super Genius Shoveled away, ….. 500 Million Americans could have lost their jobs. 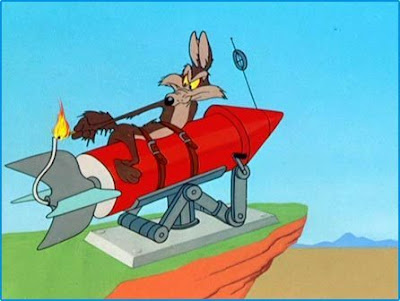 How, did we get the Declaration, Constitution, and those Newspaper pieces called the Federalist Papers written and understood by the ignorant masses …. in those irrelevant days of benighted yore, ….. without our Federal Department of Education, ….. to ensure that we would All remain well indoctrinated enough to Continue to Elect only the Finest, Razor Intellects to Bankrupt us through Today’s impossibly complex issues?

We didn’t even Have, Government Schools back then. Those irrelevant old Founders. They weren’t even Bright enough to use their Teleprompters. Look at those old paintings. Do you see a Single Teleprompter, in Any of them?

And for That matter, they were So Stupid, that they Forgot to even Include a Federal Department of Education, or a National Institute of Mental Hygiene.

Where, in the Constitution, do we find Government empowered to commandeer Citizens THOUGHTS, as PUBLIC PROPERTY to be Managed by Government, Because THOUGHTS are part of PUBLIC Health?

If a kid who has Not been Labeled and Poisoned, as Bipolar, attends 1st Grade, does that kid’s Missing Label Infect the whole class? Will even a 3rd of them Catch that kid’s Label? We’re not talking Typhus or Polio here.

What we Are talking here, is a Government funded and issued Educational Credential, in the Theories of Frauds, Drug Pushers & Eugenicists, which Sits on its Ass, and Sells its Opinion, that Your THOUGHTS are Ill, and can Never be Cured. Step 2, in this Billing Science, is Selling Drugs which are hell to quit while they’re Damaging Brains and Bodies.

Kleptocrat leadership in DC is throwing a Hissy Fit over America Not being Bright enough to let it Takeover Healthcare, which is Already in desperate need of its Own, RICO-ectomy, so that we can hire Millions more Sargent Sallys to throw a;

“I’m sorry Cur, but we’re having a ring around the Policy”, into Each and Every, Single Payer’s face.

And under this Brave New Socialist, Night of the Living Hyænas, Utopia; the Forth number on Sargent Sally’s menu will Be?

“Would you like the phone number of a Federal Poisoner near you? You may be too ‘Mentally Ill’ to have understood the First Three options. Four of every five people are.