From Alessandra Colaianni by way of the BMJ, comes perhaps The most fascinating Medical Ethics Investigating currently available.

For all of that horror and misery Nazi Doctors caused, nobody had to twist any arms to Make them do it. They were the ultimate actualization of the Bureaucrat.

This is the State. And this is Why the State has NO business being In the medical business at all. NO Govt. freebies. Privatize it all, or continue to be victimized by it all.

They're just doing their duty. Filling out the forms. Ticking off the boxes.

More than 7% of all German physicians became members of the Nazi SS during World War II, compared with less than 1% of the general population. In so doing, these doctors willingly participated in genocide, something that should have been antithetical to the values of their chosen profession. The participation of physicians in torture and murder both before and after World War II is a disturbing legacy seldom discussed in medical school, and under recognized in contemporary medicine. Is there something inherent in being a physician that promotes a transition from healer to murderer? With this historical background in mind, the author, a medical student, defines and reflects upon moral vulnerabilities still endemic to contemporary medical culture.

On a rainy day in Oswieçim, Poland, I stood next to the rusty railroad tracks leading into Auschwitz in the same place where Nazi doctors performed ‘selections’, sentencing millions of innocent people to death or imprisonment by pointing left or right. Although I had spent weeks studying the role of physicians in the Holocaust as part of the Fellowships at Auschwitz for the Study of Professional Ethics, I was incredulous. The value of physicians to the Nazi regime is clear: their support gave scientific legitimacy to the principles of eugenics on which the Nazis built their Rassenpolitik (racial policy) and rationalized murder under the logic of medical necessity. Indeed, without active physician participation, the Nazi regime could not have achieved its murderous aims so efficiently: physicians disguised the horrors by systematizing them and cloaking them in misleading medical jargon. In so doing, they subverted their own professional values. How could so many who had sworn to do no harm have become such an integral part of murder and torture?

What is perhaps more disturbing is the fact that the Nazi regime was neither the first nor the last to facilitate the transformation of physicians into murderers. Physician involvement in torture and murder has been a stain on the profession throughout history.1 In just the last decade, American physicians have been accused of murder in the form of ‘mercy killing’ during the worst of Hurricane Katrina2 and torturing prisoners in Guantánamo Bay.3 If we include murder committed in the name of scientific advancement, the number of physician perpetrators increases still further.

In discussing this issue with medical peers, I have encountered two insufficient explanations. The first is that any physicians who murdered innocent people during the Holocaust were by definition psychopaths, and would have been monsters even if the Nazis had never attained power. I find this explanation unsatisfactory due to the sheer number of physicians who participated: by 1945, half of all German physicians had joined the Nazi party, 6% before Adolf Hitler gained power (by contrast, estimates of physician membership in the American Medical Association are far lower, approximately 20%). Furthermore, 7% of all physicians were members of the Schutzstaffel (SS), compared with
less than 1% of the general population.4 While truly pathological examples exist (Drs Josef Mengele, Sigmund Rascher and Hermann Pfannmüller, among others), most doctors who participated in the Holocaust were regular people who believed that they were doing an unpleasant but morally correct and necessary job.4 In her famous analysis of Adolf Eichmann, who had been in charge of deporting Jews to death camps, Hannah Arendt coined the phrase ‘the banality of evil’ to describe the bureaucratic mentality with which Eichmann completed his deadly work. Eichmann, she argued, was not a monster but a conventional bureaucrat, motivated by career ambition rather than hatred for his victims.5 I view the physicians completing stacks of forms during the T4 ‘euthanasia’ programme, recommending life or death with simple strokes of ink, in a similar light.

The second explanation I have encountered is that even if the Nazi physicians were not monsters, they were forced to participate at risk of their own deaths; they did not have free will and therefore cannot be held accountable for the ‘choices’ they made. However, many studies have concluded that, ‘after almost 50 years of postwar proceedings, proof has not been provided in a single case that someone who refused to participate in killing operations was shot, incarcerated, or penalised in any way’.6 Furthermore, a few doctors did refuse to participate and far from being killed for their actions, they were tolerated and even, in some cases, respected for their decisions.7 Physicians joined the Nazi party and the killing operations not at gunpoint, not by force, but of their own volition. These physicians were normal, sane individuals who chose to commit murder but why? In social psychology, situationism describes the idea that humans make choices based on the circumstances of their social environment rather than an understanding of right and wrong.

Thank You BMJ and Ms Colaianni (hat tip to AHRP.org)

Philly.com has;
J&J Admits No Guilt In Paying Off 36 States $181Million
by David Sell


"But on Thursday, as in the past, Janssen said the settlement was "not an admission of wrongdoing or violation of any law or regulation."

Just to make the point further, the company statement said, "All parties have acknowledged that the payment is not a fine or penalty."

Then WHY are they Paying $181 Million to 36, not 1, but 36 Separate States if they did nothing wrong? $181 Million is pocket lint to J&J even though it Appears to be a fortune to the unpracticed reader.

Thank You Philly.com and Mr Sell

And as you'd expect, it's Friday, timed to be Ignored and cool off over the weekend when nobody's looking.

Here's some Headline Links from a few of the various States involved.

Capitol Confidential has;
Schneiderman: New York Will Get $9 Million In Drug Settlement

"But on Thursday, as in the past, Janssen said the settlement was "not an admission of wrongdoing or violation of any law or regulation."

Just to make the point further, the company statement said, "All parties have acknowledged that the payment is not a fine or penalty."


$181 Million is NOT a Fine or a Penalty, and J&J Janssen didn't violate any laws or regulations.

Well, it kind'a looks, at least from Here, that J&J Janssen were thinking it would have cost them More to litigate their culpability or not in 36 Separate State Courts than the $181 Million they agreed to pay out.

But they didn't Violate anything. They're just paying out $181 Million out of the goodness of their heart. 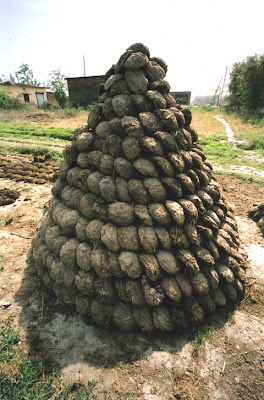 How's about this, if J&J's going to peddle That tired line.

Let's line up the J&J team on the 50 yard line in a football stadium and have all of those Risperdal Victims stop by, look the J&J team in the eye, and share out what's on Their minds, ...... and Televise the proceedings Non Stop on CNN until Everybody whose been screwed by Risperdal has their say with the makers of Risperdal.

Wouldn't that be fun?
Posted by D Bunker at 1:25 PM No comments:

Johnson & Johnson (JNJ) lost a bid to have a Louisiana appeals court throw out an award of almost $258 million that a jury ordered it to pay state officials over the marketing of its Risperdal antipsychotic drug.
A state appeals court in Lake Charles, Louisiana, today rejected J&J’s claims that it was unfairly barred from defending itself against allegations that its Janssen unit defrauded the state’s Medicaid program by misleading regulators and residents about Risperdal’s health risks.
“We find that the trial court was not manifestly erroneous in casting Janssen with civil monetary penalties, attorney fees, and costs for its violations” of Louisiana’s Medicaid fraud laws, the appellate court said in a 32-page ruling.
The ruling comes a day after New Brunswick, New Jersey- based J&J and Janssen agreed to pay $181 million to resolve claims by 36 states that they improperly marketed and advertised Risperdal and Invega, another antipsychotic medicine.
Janssen intends to appeal the decision to the Louisiana Supreme Court, Teresa Mueller, a J&J spokeswoman, said in an e- mailed statement.

AND: How's your gag reflex?

Promotional materials for Risperdal (risperidone), an atypical antipsychotic medication, is drawing ire from some in the medical blogosphere.
Kevin, M.D.: ” a new low, drug marketing on children’s toys.”
Pharmalot: “Keep in mind that, as of last October, Risperdal is approved for kids showing autistic symptoms. So perhaps we should expect to see all manner of playthings with the drug’s brand name. How about a ‘Doctor Barbie’ with Risperdal samples?”
Medgadget: “Drugs are booooring… We do like the Legos though.”


(CNSNews.com) – President Barack Obama endorsed a constitutional amendment that would restrict the free-speech rights of political activist groups by overturning the Supreme Court decision in the landmark Citizens United v FEC case that granted First Amendment rights to corporations.
“Over the longer term, I think we need to seriously consider mobilizing a constitutional amendment process to overturn Citizens United,” Obama wrote during a question and answer session on the website Reddit on Wednesday.
“Even if the amendment process falls short, it can shine a spotlight of the super-PAC phenomenon and help apply pressure for change.”
In its decision, the Supreme Court said that the government could not restrict the free-speech rights of organizations during elections, striking down key provisions of the McCain-Feingold campaign finance law.
That law restricted how much money independent political organizations could spend and banned them from engaging in election-related speech 60 days prior to a general election.
In his concurring opinion, Chief Justice John Roberts wrote that the government was arguing for direct censorship of political speech, asking the court to allow the banning of books, pamphlets, and any other type of speech the government deemed necessary.
“The Government urges us in this case to uphold a direct prohibition on political speech,” Roberts wrote. “It asks us to embrace a theory of the First Amendment that would allow censorship not only of television and radio broadcasts, but of pamphlets, posters, the Internet, and virtually any other medium that corporations and unions might find useful in expressing their views on matters of public concern.
“Its theory, if accepted, would empower the Government to prohibit newspapers from running editorials or opinion pieces supporting or opposing candidates for office, so long as the newspapers were owned by corporations—as the major ones are.”
Roberts said that the First Amendment did not simply protect “the individual on a soapbox” but the rights of everyone to engage in political speech.
“The First Amendment protects more than just the individual on a soapbox and the lonely pamphleteer,” he said.

Thank You CNS and Mr Cover
We'll believe that entrenched Politicians have any business Amending the Constitution by limiting free speech of Any kind, even Corporate Speech, when those entrenched Politicians uphold the 1st 8 Amendments, and the 14th's guarantees of Equal Protection which include the 5th's Due Process Requirements in Actual Practice First, rather than letting those Corporations off with Misdemeanor Marketing Violation Monetary Penalties in Lieu of enforcing already existing Federal Criminal Law.
US 18C95 Sec 1958: Murder For Hire
How about upholding the Constitution we already have, rather than reinventing it?
Posted by D Bunker at 11:51 AM No comments: