House Democrats Freaking Out: "All Hope Is Lost"

These people are Govt./Central Planning, Health Care. "All Hope Is Lost", so send us your money.

Psychiatry is Govt. Health Care. No Govt. funding, no Psychiatry, at least not as the criminal behemoth it currently exists as.
weaselzippers; 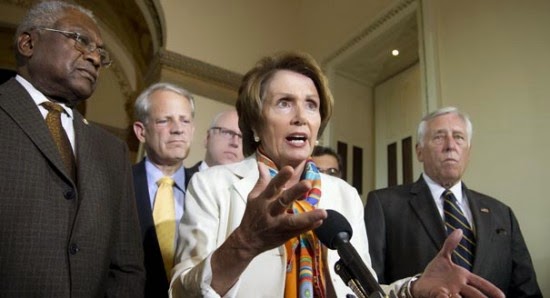 Latest email title from the DCCC:

If all hope is lost, why would anyone donate?
Thank You Zip.

snicker, snicker.
Posted by D Bunker at 4:27 PM No comments: 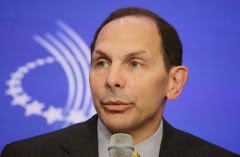 He couldn’t find a former community organizer.
[Ed; It's doubtful that a Community Organizer exists with the pay to play muscle of a major corporation such as P&G. Another Public/Private partnership perhaps?]
Via Stars and Stripes

President Barack Obama plans to nominate former Procter & Gamble executive Robert McDonald as the next Veterans Affairs secretary, as the White House seeks to shore up an agency beset by treatment delays and struggling to deal with an influx of new veterans returning from wars in Iraq and Afghanistan.
An administration official said Obama would announce McDonald’s appointment Monday. If confirmed by the Senate, McDonald would succeed Eric Shinseki, the retired four-star general who resigned last month as the scope of the issues at veterans’ hospitals became apparent.
In tapping McDonald for the post, Obama is signaling his desire to install a VA chief with broad management experience. McDonald also has a military background, graduating near the top of his class at the U.S. Military Academy at West Point and serving as a captain in the Army, primarily in the 82nd Airborne Division.
The administration official insisted on anonymity in order to confirm McDonald’s appointment before the president’s announcement.
The VA operates the the largest integrated health care system in the country, with more than 300,000 fulltime employees and nearly 9 million veterans enrolled for care. But the agency has come under intense scrutiny in recent months amid reports of patients dying while waiting for appointments and of treatment delays in VA facilities nationwide.

Keep reading
Thank You Stars and Stripes, WZ, and Dapandico.
http://en.wikipedia.org/wiki/Procter_%26_Gamble
Posted by D Bunker at 3:55 PM No comments:

This should give you some indication of the magnitude of the horror the VA's "We Don't Care, We Don't Have To, We're the VA." has inflicted on our Service People and Vets.

(WASHINGTON, D.C.) – U.S. Senator and doctor Tom Coburn, M.D. (R-OK), today released his new oversight report “Friendly Fire: Death, Delay, and Dismay at the VA.”  The report is based on a year-long investigation of VA hospitals around the nation that chronicled the inappropriate conduct and incompetence within the VA that led to well-documented deaths and delays.  The report also exposes the inept congressional and agency oversight that allowed rampant misconduct to grow unchecked.
“This report shows the problems at the VA are worse than anyone imagined.  The scope of the VA’s incompetence – and Congress’ indifferent oversight – is breathtaking and disturbing.  This investigation found the problems at the VA are far deeper than just scheduling.  Over the past decade, more than 1,000 veterans may have died as a result of the VA’s misconduct and the VA has paid out nearly $1 billion to veterans and their families for its medical malpractice.  As is typical with any bureaucracy, the excuse for not being able to meet goals is a lack of resources.  But this is not the case at the VA where spending has increased rapidly in recent years,” Dr. Coburn said.
“The Administration and Congress have failed to ensure our nation is living up to the promises we have made to our veterans,” Dr. Coburn added.  “As a physician who has personally cared for hundreds of Oklahoma veterans, this is intolerable.  As a senator, I’m determined to address the structural challenges of the Department of Veterans Affairs so we can end this national disgrace and improve quality and access to health care for our veterans.  But make no mistake.  Whatever bill Congress passes cannot ignore the findings of this report.  While it is good that Congress feels a sense of urgency we are at this point because Congress has ignored or glossed over too many similar warnings in the past.  Our sense of urgency should come from the scope of the problem, not our proximity to an election.”
Key findings in the report include:
A CULTURE OF MANIPULATION PERMEATES THE DEPARTMENT.
VA MADE WAITING LISTS WORSE.
VA EMPLOYEES BEHAVE AS IF THEY ARE ABOVE THE LAW.
THE VA WASTES AND MISMANAGES BILLIONS OF DOLLARS.
THE SENATE VETERANS AFFAIRS COMMITTEE HAS BEEN AWOL WHEN IT COMES TO KEEPING PROMISES MADE TO VETERANS.
Click here to read the entire report or here for a summary.
The top 10 most outrageous VA behaviors are here.
The top 10 VA boondoggles are here.
###
Posted by D Bunker at 4:01 PM No comments:

The Romans had a saying.


Sommer: "Getting people to be concerned about the future is tough"
June 26, 2014 | By
Zack Budryk

Sommer helped oversee development of a report released this week, "American Climate Prospectus: Economic Risks in the United States," which examines the effects of climate change on economics, and elaborated on the ramifications to the healthcare system.

"The challenge is like every challenge in public health," Sommer said. "The average CEO is worried about making quarterly profits, so they don't care. Getting people to be concerned about the future is tough."

Large amounts of people without the means to move in response to increased temperatures means the healthcare system will experience a "surge" due to health problems associated with excessive heat, Sommer said. Healthcare systems understand they have to prepare, he said, but paying for the preparation is another matter entirely. In the meantime, he said, they can put pressure on policymakers to address the issue. Hospitals in areas like Miami, he said, which will see temperatures and water levels rise, may  go out of business due to a mass exodus, meaning hospitals in less at-risk states may need to expand to deal with the shift.

Healthcare CEOs can lead the discussion, Sommer told KHN. "I'm sure they've talked about pandemic flu, but I doubt they've talked about this," he said. "The fact that you can predict the amount of people who will show up in ER with heat stroke, [then] you can start assessing it."

Last year, healthcare executives called for action on climate change, calling it "an issue that will affect everyone in the world," citing consequences like the spread of mosquito-borne diseases and increased respiratory problems downwind of coal-power plants, FierceHealthcare previously reported. There are several ways for healthcare facilities to address the risks posed by climate change, including energy conservation and green renovations.

To learn more:
- check out the report
- read the interview

Public, as in thinking of Individuals as pieces of a Set, rather than Individuals, or as we know this line of thinking: Collectivism - The health of the Collective comes before the health of You.
Posted by D Bunker at 3:46 PM No comments:

Lois Lerner, the controversial director of the tax-exempt organizations division at the Internal Revenue Service, has a long sordid history of targeting conservatives.

Al Salvi – Lois Lerner
In 1996, while at the FEC, Lois Lerner harassed Republican Senate candidate Al Salvi and made him this outrageous offer, “Promise me you will never run for office again, and we’ll drop this case.”
* * * * * * * * * * *
Today House Oversight Chairman Darrell Issa (R-CA) turned up the heat on Lois Lerner and subpoenaed 28 years of Lerner’s emails from 1986 until the present day.Political Ticker reported:

Expanding investigation by more than two decades, House Oversight Chairman Darrell Issa, R-California, has sent a subpoena to the Federal Elections Commission for all communications involving former IRS administrator Lois Lerner from January 1, 1986 to the present day.
This new search is the broadest-yet for records in a year-long investigation by Issa and congressional Republicans, who are trying to assess why the agency targeted tea party and other political groups for extra scrutiny.
Issa issued the subpoena to Lee Goodman, head of the Federal Election Commission, on Tuesday for communications involving Lerner, who is seen as a central figure in the controversy because she ran the division that executed the targeting.
She resigned last year after the Treasury Department’s inspector general found those working under her used “inappropriate” criteria to scrutinize certain groups. Since then, Lerner has refused to testify before Congress, invoking her Fifth Amendment right against self-incrimination. This has added to the Republican push to find any documents related to Lerner and her time in government.
In the on-going, determined GOP effort, Republicans are now reaching back to her career before the IRS.
Lerner joined the FEC in 1981, first working in the general counsel’s office. Issa subpoena focuses on her work after 1986, when Lerner became the head of the FEC’s enforcement division.

Don't sweat it. The people paying for it aren't, . . . because they haven't even been born yet.
weaselzippers; 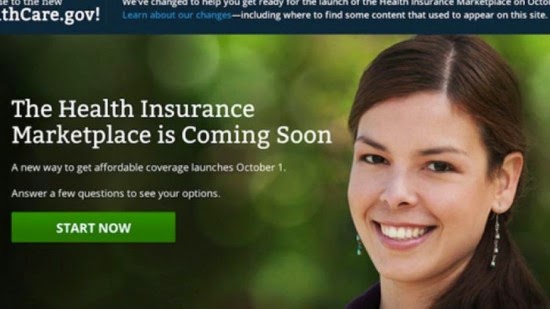 They’ve spent nearly $5 billion on basic e-commerce websites that the private sector could have built for a fraction of the cost.
Via Free Beacon:

The federal government has spent nearly $5 billion to establish federal and state exchanges for Obamacare, according to a report by the Congressional Research Service (CRS).
The funding was provided by a section of the Affordable Care Act that allowed for “indefinite” funding at the discretion of the Secretary of Health and Human Services (HHS).
“The Centers for Medicare & Medicaid Services (CMS) is incurring significant administrative costs to support [federally-facilitated exchanges] FFE operations,” the report, which was released earlier this month, said.
According to CMS, the government spent $456 million to support “exchange operations” between fiscal years 2010 and 2012, before the law went into effect. In 2013 the government spent $1.545 billion for administrative costs associated with the exchanges, and expects to spend an additional $1.390 million this year. The agency has requested another $1.788 billion for 2015.
Keep reading…


Thank You WFB and Zip.