California nurses called on federal, state and county health agencies to strictly follow Centers for Disease Control and Prevention guidelines for treating Ebola, after a Sacramento hospital admitted a patient suspected of being exposed to the virus, FOX 40 reported. The California Nurses Association/National Nurses United representatives said they were concerned with Kaiser South Sacramento Medical Center's preparedness, including a lack adequate supplies of personal protection equipment, as well as protocols and materials. "This brings a lot of concern to the front-line staff because it's unprecedented," Mia Pinto-Ochoa, a nurse at Kaiser South Sacramento and a member of CNA/NNU, told the station. "We have never dealt with the Ebola virus specifically before." Article

And the Nurses are getting all worked up about their Own sweet little selves, because they couldn't care Less about anyone Else's safety:


Are you feeling little icicles on the back of your neck, yet?

Why are we even Dealing with Ebola in the U.S. ?

The Federal Govt's own CDC?

The same idiots who brought 2 Ebola Patients back into the U.S. from Africa.

The same Federal Govt. who has blown over $1.7 Billion on a single E-Commerce website that Still doesn't work right?

According to Rep Pelosi, the human wave of illegal immigrants who include MS-13 members, on the Obama Fastrack to Amnesty, are; 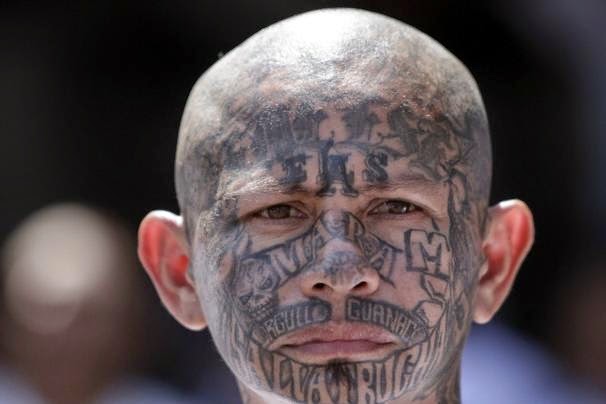 Third time by my count.
Via Breitbart:

Pelosi noted that sending the children back to their home countries would be like sending them “back into a burning building.”
She again compared the children to the baby Jesus, who fled his home country as an infant to escape violence.
“So we do appeal to our country and our colleagues to have a heart when it comes to people coming into our country, some seeking amnesty and asylum to escape violence in Central America or wherever they come from,” she said.

Thank You Breitbart and Zip.

Somehow, we Missed that part of the New Testament.


And now California's Brain Trust can't even rise to the CDC's standards.

We are going to have a completely avoidable Ebola Epidemic in this country thanks to this Mal-Administration.
Posted by D Bunker at 4:23 PM 1 comment: 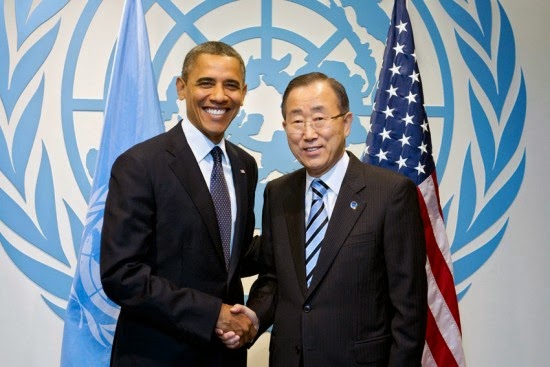 Obama continues to treat the Constitution like a minor nuisance.
Via NY Times:

The Obama administration is working to forge a sweeping international climate change agreement to compel nations to cut their planet-warming fossil fuel emissions, but without ratification from Congress.
In preparation for this agreement, to be signed at a United Nations summit meeting in 2015 in Paris, the negotiators are meeting with diplomats from other countries to broker a deal to commit some of the world’s largest economies to enact laws to reduce their carbon pollution. But under the Constitution, a president may enter into a legally binding treaty only if it is approved by a two-thirds majority of the Senate.
To sidestep that requirement, President Obama’s climate negotiators are devising what they call a “politically binding” deal that would “name and shame” countries into cutting their emissions. The deal is likely to face strong objections from Republicans on Capitol Hill and from poor countries around the world, but negotiators say it may be the only realistic path. […]
“There’s a strong understanding of the difficulties of the U.S. situation, and a willingness to work with the U.S. to get out of this impasse,” said Laurence Tubiana, the French ambassador for climate change to the United Nations. “There is an implicit understanding that this not require ratification by the Senate.”
American negotiators are instead homing in on a hybrid agreement — a proposal to blend legally binding conditions from an existing 1992 treaty with new voluntary pledges. The mix would create a deal that would update the treaty, and thus, negotiators say, not require a new vote of ratification.

‘The Chinafication of America’: Reaction to Obama Bypassing the Senate with UN Climate Treaty: ‘Obama is taking a page from China’s government’

Forget ISIS: Obama Has Pentagon Focused On Allowing Transgenders To Serve In Military

weaselzippers;
You have to assume our enemies are laughing their asses off watching what Obama is doing to the military. 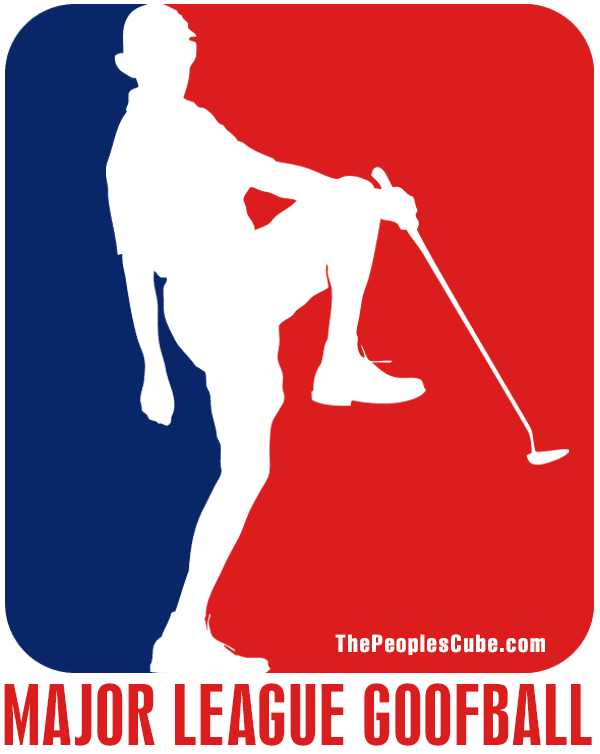 Having already lifted the “don’t ask, don’t tell” ban on gays in the military, the Pentagon “likely will” allow transgendered Americans to serve openly in the military where 15,500 now secretly serve, according to a new report issued by top former generals.
Three of the top brass, endorsing the deployment of transgendered troops, also said their effort has the support of Defense Secretary Chuck Hagel and President Obama.
In a statement accompanying the 29-page report issued Tuesday, they said, “Our conclusion is that allowing transgender personnel to serve openly is administratively feasible and will not be burdensome or complicated. Three months have passed since Defense Secretary Hagel announced a willingness to review the military’s ban on transgender service, an effort the White House indicated it supports.”
The three are retired Maj. Gen. Gale S. Pollock, former acting surgeon general of the Army; Brig. Gen. Clara Adams-Ender, former chief of the U.S. Army Nurse Corps; and Brig. Gen. Thomas A. Kolditz, a Yale University professor and professor emeritus at the U.S. Military Academy at West Point, where he led the Department of Behavioral Sciences and Leadership.


Thank You Wash Examiner and Zip.

Pic Cred to thepeoplescube.com
Posted by D Bunker at 3:58 PM No comments:

By Allowing Govt. To Force Someone Else's Money Into Your Body, You have Sold Govt. All the Excuse Govt. wants to jump right in there With that money to Regulate Your Body. 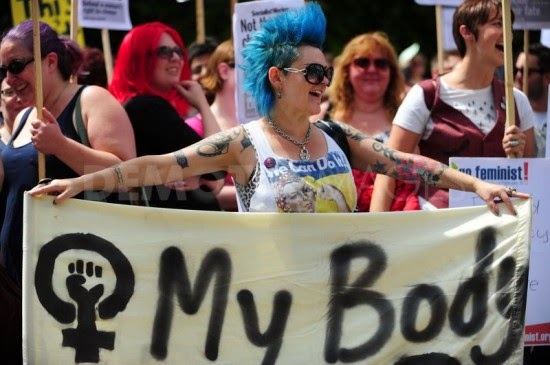 Big win for the War On Babies crowd.
Via Truth Revolt:

California issued a new directive last week that forces insurers, including those of faith-based institutions, to cover elective abortions—a move the ACLU of Northern California is cheering as a restoration of women’s “basic health care” rights.
California’s Dept of Managed Health Care told seven insurance companies last week that they must now comply with the 1975 Knox Keene Act which guarantees coverage of “basic health care services,” which they specify as including elective abortion. As The Daily Signal explains, the directive is in part a response to a controversial decision by two Catholic universities which refused to cover elective abortions:
Last fall, Santa Clara University and Loyola Marymount University notified their employees that abortion services would no longer be covered under the universities’ health care plans. Employees instead could pay for such procedures through supplemental coverage, provided by a third party. [...]
Predictably, the ACLU cheered the state’s decision to force insurers to cover elective abortions as “basic health care services”:
“The immediate effect of the agency’s guidance is to restore insurance benefits for the staff and faculty,” said ACLU-Northern California attorney Maggie Crosby. “Childbearing is a personal decision, abortion is a basic health care, and control of reproduction is critical to women’s autonomy.”
Keep reading…

Thank You Truth Revolt and Zip. 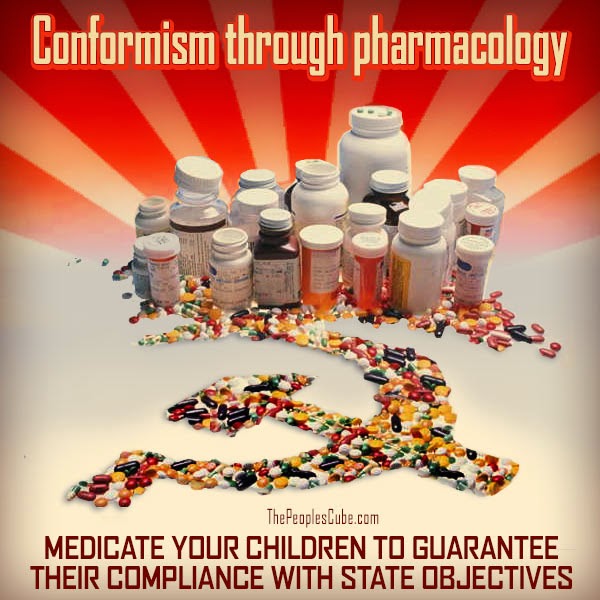 
San Jose Mercury News has published the first of a four-part series of investigative articles about the psychotropic drugging of California children. “A year of interviews with foster youth, caregivers, doctors, researchers and legal advocates uncovered how the largest foster care system in the U.S. has grown dependent on quick-fix, taxpayer-funded, big-profit pharmaceuticals — and how the state has done little to stop it,” reports the newspaper in part one.
San Jose Mercury News discovered that 12.2 percent of California foster children are being described two or more psychotropic medications at a time, while more than half of those who live in residential group homes — and as many as 100 percent in some counties — are authorized by juvenile courts to be given psychotropic drugs.
“To be prescribing these medications so extensively and so, I think, thoughtlessly, with so little evidence supporting their use, it’s just malpractice,” one Berkeley child psychiatrist told the San Jose Mercury News. “It really is drugging them.”
The newspaper also reports that the government has been resistant to providing key data about the practices.
Drugging Our Kids (San Jose Mercury News, August 2014)
This entry was posted in Children and Adolescents, Featured News, In the News, Over-diagnosis by Rob Wipond. Bookmark the permalink.
Thank you Mr Wipond and MIA


Medicate Your Children To Guarantee Compliance With State Objectives

We didn't even have time to hit the Post button on our last blurb, and Emperor "Historic" Struck Again.

That pen of his seems to be doing a lot of work these days, his phone, not so much. 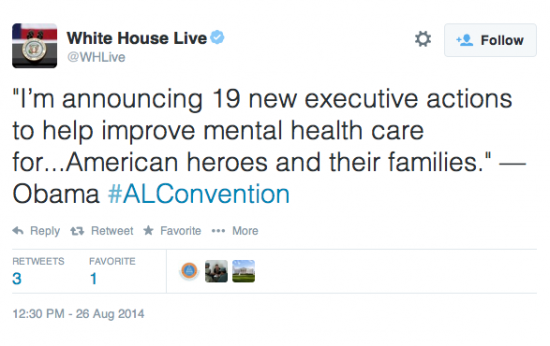 Psychiatry keeps looking for (and Lying about) the underlying, root causes of human distress. Well, Here's another look at the real McCoy. 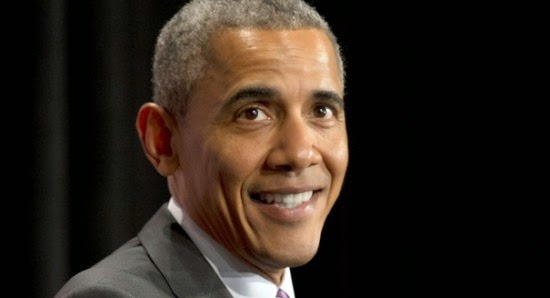 California textbooks will teach about the significance of President Obama’s election under a new law signed Monday by Gov. Jerry Brown (D).
The measure, AB 1912, requires the California Instructional Quality Commission to consider including instruction on Obama’s election during its next revision of history-social science curriculum. This curriculum hasn’t been updated in nine years, the bill’s sponsor, Assemblyman Chris Holden (D), said in a statement, and will not be updated until the 2015-2016 school year.
“We want to make sure that future generations understand that the election of our nation’s first African American president was a historic step in the effort towards equality and that previous elections involved intimidation and violence that prevented millions of African Americans from voting,” Holden said.
Holden’s office said the measure is “the first step toward acknowledging President Obama’s legacy for generations to come” and allows Obama to “take his rightful place in California textbooks.”


Thank You WaPo and Zip.


"Not a Smidgeon of Corruption." Eh BO?

Well here's a smidgeon of Obama's "Historic" Legacy in the Middle East.

He, Hillary, and the rest of the Little Rascals Created ISIS. They made such a COLOSSAL MESS of our Foreign Policy in Egypt that the Egyptian Military had to stage a Coup to stop the blood bath his "Historic" subjected them to.

Ask the people of Egypt what They think of this President's "Historic".

Will Obama Stand Up With or Against The Egyptian People. 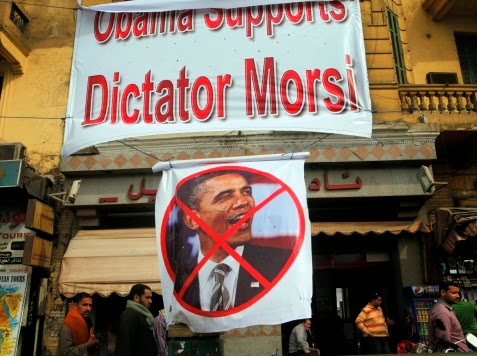 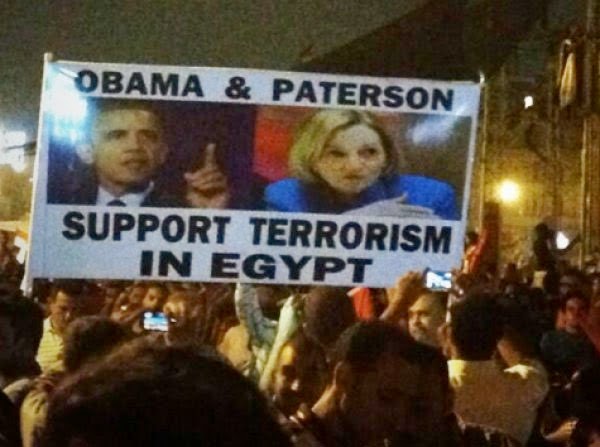 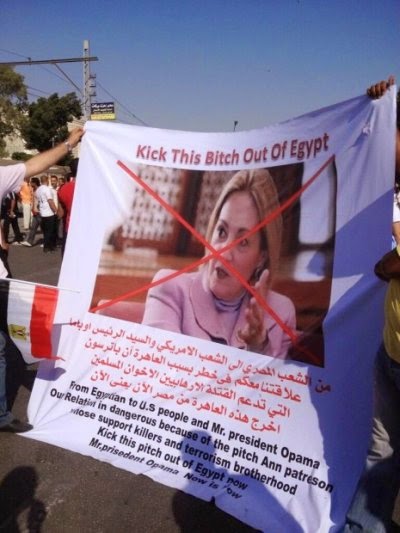 (Ann Patterson, Obama's Ambassador who sold the Egyptian People Out to Morsi and the Muslim Brotherhood) 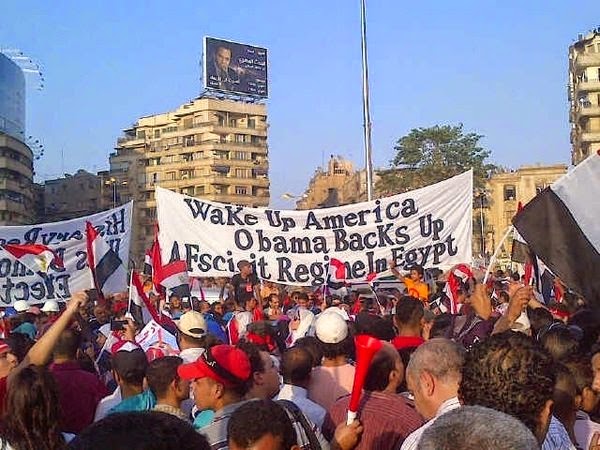 And Who was Obama's Head of the State Dept. while all this "Historic" was going on? 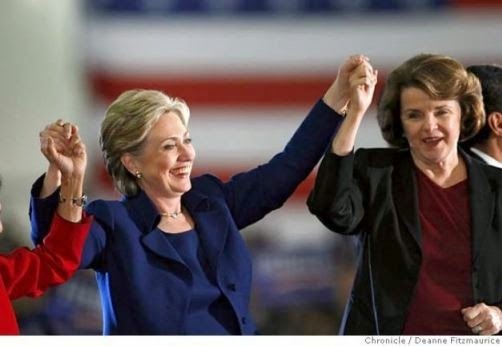 Sen. Feinstein (D-Hypocrite); We Need Hillary, "What Difference Does It Make Anyway" Benghazi Bob, Clinton Now More Than Ever

Is there anything Else the Machine running California can Lie about?

Is there anything else the Machine running California can Defraud the rest of America with?

Sure, just give them another 10 minutes.