Westchester Medical Center in New York will pay $7 million to settle civil fraud allegations that it submitted false claims to Medicaid for almost a decade, the Department of Justice announced yesterday.

From August 2001 through June 2010, the hospital submitted millions of dollars in Medicaid claims for outpatient services at its mental health center that lacked the core documentation required by Medicaid regulations, according to the complaint.

Even though hospital management knew for years that the outpatient mental health clinics didn't have adequate documentation, it didn't audit the clinics' records and only took "insignificant steps" to address the billing issues. 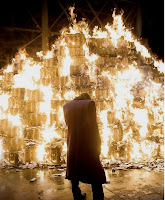 The hospital also kept the Medicaid funds it received for the outpatient services even though  it was well aware of overpayments, the DOJ noted.

"Medicaid is a vital resource for people who suffer from physical and mental illnesses and related conditions," Manhattan U.S. Attorney Preet Bharara said in a statement. "We have absolutely no tolerance for those who fail to comply with the program, particularly in these lean times when budgets are stretched thin and belts are being tightened."

Westchester Medical Center certainly has been making headlines this year. In August, it announced 100 layoffs, including patient care technicians and clerks. The hospital has layed off more than 600 people during the past year.


From August 2001 through June 2010, the hospital submitted millions of dollars in Medicaid claims for outpatient services at its mental health center that lacked the core documentation required by Medicaid regulations, according to the complaint.

We'd like to say this is an amazing display of bravado on their part, but nothing shocks us anymore with 'Mental Health'.


27% percent of clinicians say it's not a patient's place to remind them to wash their hands
September 7, 2012 | By Karen Cheung-Larivee

Despite calls for better hand hygiene, about a third of doctors and nurses don't like the idea of patients reminding providers to wash their hands, according to a study in the Archives of Internal Medicine this week.

Although most (about three quarters of the surveyed physicians and nurses at University of Geneva Hospitals) acknowledged patient involvement could help reduce infections, 29 percent did not support the idea that patients remind them to wash their hands, HealthDay News reported. Twenty-seven percent went so far as to say it's not the patient's place to do so. Even more, 37 percent of healthcare workers said they would refuse to wear a badge that would solicit patient inquiries on the issue.

Amid threats of more in-hospital antibiotic-resistant infections, why are staff so resistant to patient involvement in hand hygiene?

While the doctors and nurses reported some logistical reasons for why patients shouldn't ask about hand hygiene, they also reported it would hurt their feelings: 17 percent said it would be upsetting, 27 percent said humiliating, 43 percent said guilty and 44 percent would feel ashamed. About a quarter said it would take too much time, and 18 percent feared legal ramifications.

"Healthcare workers have feelings, too, and patients have to be receptive to them," Yves Longtin, who conducted the research with the Infection Control Program and World Health Organization Collaborating Centre on Patient Safety at the University of Geneva Hospitals, said in the HealthDay News article.

Still, hurt feelings may not be a good enough reason to let poor hand hygiene slide.

"I personally think it's foolish and myopic for any healthcare worker to be offended by a patient asking this sort of question," said Philip Tierno, a clinical professor of microbiology and pathology in the department of pathology at NYU Langone Medical Center. "Patients have that right, and they are justified in asking."

Researchers noted that although the hospital had a history of promoting hand hygiene among staff, it didn't have a formal program on patient participation. In the month leading up to the survey, only 3 percent of clinicians said a patient asked them about hand hygiene.

However, a separate study found that staff also may remain silent on the issue. Eighty-three percent of medical students said they are unwilling to speak up to senior staff about subpar hand-hygiene practices, according to a survey conducted by researchers at the Monash University in Melbourne (AU) earlier this summer, Infection Control Today reported. A key factor that prevents students from speaking up is the fear of questioning senior staff, but disrupting the hierarchal culture in healthcare should not affect the quality of patient care, researchers said.

Sentara Healthcare, a nonprofit health system serving Virginia and North Carolina, welcomes patients to act as hand-hygiene monitors. Nurses initiate those conversations with patients, encouraging them to remind providers to wash their hands if they forget, and also leave handwritten notes (e.g., "I love clean hands!") on white boards as reminders.

"Everyone is [responsible] because it requires a culture change to place safety ahead of production," Gene Burke, Sentara vice president and executive medical director of clinical effectiveness, previously told FierceHealthcare. "Hand hygiene throughout the facility is just as important as scrubbing in for the OR," he explained.

Hospital-acquired infections account for about 100,000 deaths in the United States every year, and 80 percent of all infectious disease is transmitted by direct contact, according to Tierno.

Mystic "Disease" Treatments are permanently, emotionally/functionally crippling 1 out of every 15 Americans age 18-24 at a cost of appx $1 Million apiece in lifetime SSDI payouts:

And now 27% of "Clinicians" are getting uppity about Patients having the unbridled Nerve to remind them about "Hand Hygiene".

Sounds like those Healthcare "Clinicians" themselves are Incurably, Oppositional Defiant Disordered, when it comes to Hospital Acquired Infections which are Actually Killing People.

So Bring on the Nets, Restraints, Straight Jackets, Syringes, Flat Out LIES about what the Drugs ARE, Over Ride those Treatment Refusals and Drug/Electroshock those Incurably, "Gratefulness Deficient" Consumers.

Except that ODD is a Children's Incurable, and These Patient Scolders are supposedly Adults.


Does anyone have a problem spelling Hypocrite?

Does anyone have a problem spelling Psychiatry? 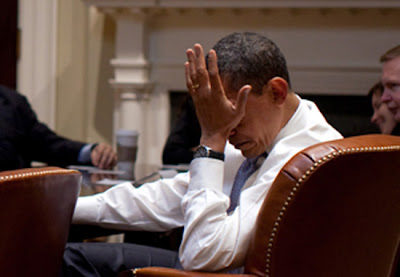 
It's the third healthcare-related subpoena threat in two weeks. This one came from Republicans on the Ways and Means Committee, who said they haven't received a response to their inquiries about public-relations contracts.
The Health and Human Services Department (HHS) has signed at least 2 PR contracts to promote the president's landmark Affordable Care Act. HHS signed a $20-million deal to raise awareness of new coverage for preventive services, and a separate $3-million contract is focused on the federally run insurance exchange, which will begin operating in 2014.
Ways and Means Republicans previously requested documents about the PR work, but said the administration failed to respond.

"Either the Department is unable to keep track of the work products it buys with taxpayer dollars or the Department is trying to delay any response until after this year's election," the lawmakers wrote. "Neither explanation is acceptable."

In addition to HHS's contracts, some states — notably California — have used federal grant money for PR contracts to promote their exchanges. California officials have said they want their PR firm to get popular TV shows to mention the healthcare law.

"These efforts have included costly contracts for 'a big guerrilla campaign splash,' in the words of one Administration official, to drive Internet traffic to pro-Obamacare websites and produce television commercials promoting the Administration's positions," Camp and Boustany wrote. "Recent reports also suggest public funds were used to push prime-time television shows to add dialogue with 'people talking about the health insurance thing,' according to one former Administration official."

Thank You Hill Healthwatch and Mr Baker
Posted by D Bunker at 9:31 AM No comments:

The Guardian.uk has;
AstraZeneca Rues Loss Of Drug Exclusivity
Posted by

Patent expiry continues to haunt AstraZeneca, Britain's second-largest drugmaker, which reported a 19% slide in third-quarter sales on Thursday.
The company said it was hurt by the loss of exclusivity for Seroquel IR, its bestselling antipsychotic treatment, as well as Atacand for high blood pressure, antibiotic Merrem, cholesterol drug Crestor in Canada and heartburn pill Nexium in Europe. Revenues fell to $6.7bn (£4.15bn) in the third quarter from $8.2bn a year ago.
New boss Pascal Soriot, who joined from Roche and suspended share buybacks on his first day in the job at the beginning of the month, said buying in new treatments would be an important way of rebuilding the pipeline. He added that the recently launched heart drug Brilinta had the potential to do far better.
Continue reading Guardian coverage here.
Thank You Guardian.uk and Ms Kollowe

The IR suffix stands for Immediate Release as opposed to the XR which stands for Extended Release.
http://www.clinicaltrials.gov/ct2/show/NCT00926393

http://lamplightersoftware.com/dsm.php
Use the following search tool to view a summary of adverse reactions experienced by patients taking psychiatric drugs, culled from Individual Safety Reports (ISRs) submitted to the FDA's Adverse Event Reporting System (MedWatch) between January of 2004 and September of 2009.