And Now for the Good News;

The People's Cube has;
Nearly 30,000 New Laws In 2013, We Swing Justice Your Way
Nomenklatura-climber 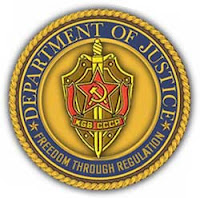 The Commission for Regulatory Justice, under the Department of Progressive Legislation, has issued a congratulatory telegram to the Party’s Central Committee, commending it on the achievement of nearly 30,000 new laws throughout the Union of Socialist States of America for the Year 2012. This great achievement has even been recognized in the propaganda organs of the Capitalists, who stand in awe of this profound example of Progress for the people of America:New laws on New Year's Day, from gay marriage to ‘Caylee’s Law’

The Masses are in need of regulation, and with the unanimous election of Comrade President Barack Barackovich Obama, the Party has been able to harness the ardent desires of the People for greater implementation of Socialist doctrine. In the first year of his Chairmanship, the USSA enacted 40,697 laws, not counting the thousands of helpful and necessary regulations through the various administrative organs of the State.

While counter-revolutionary elements may try to question the Party’s implementation of so many laws, he can say with certainty that every one of these laws is important for the welfare of the People.

Those without proper education are ignorant of the benefits of freedom through regulation.

Regulation and laws free the People from worrying about making bad decisions that have consequences. By following the regulations set forth by the Party, workers and peasants of America will not have to be concerned about making decisions that may lead to mistakes that will be inconvenient or prevent them from receiving their fair share of social benefits.

Regulation means safety and security, and security is the only real kind of prosperity that is worth having. The State guarantees prosperity for all its citizens through equitable distribution of the People’s wealth, government by the laws set forth by the governmental organs of the State.

Therefore, with so many new laws, 2013 will be a year of great prosperity! The Party is so confident in this new prosperity plan that Comrade President Barack Barackovich has returned to his Dacha in Hawaii for the second time in a month, signaling his confidence that the State is moving forward towards Socialism without any impediment or opposition.Long live the Socialist Revolution!

Faithfully submitted to the Collective of the People’s Cube,
Comrade Nomenklatura-climber
Proletarian Red-noser 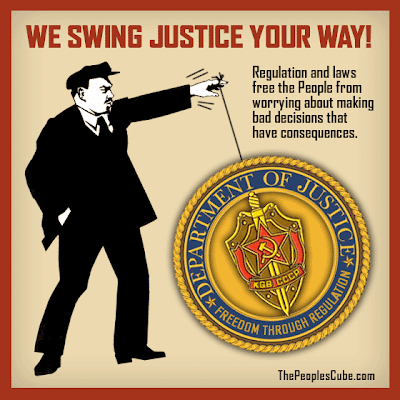 And don't miss the spirited and patriotic comments following at the original PeoplesCube posting.