Study participants, with no signs of ‘mental disorder,’ had twice the risk of ‘precursor events’ for suicidality and violence when taking antidepressants 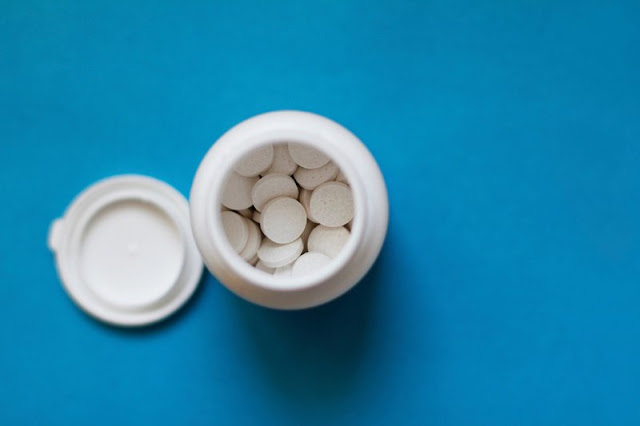 "Antidepressants double the occurrence of events in adult healthy volunteers that can lead to suicide and violence," the authors write. "We consider it likely that antidepressants increase suicides at all ages."

The connection between antidepressants and violence and suicidality has been a subject of a great deal of debate in the research literature. Previous studies suggest that antidepressants can cause an extreme state called “akathisia,” characterized by feelings of extreme agitation, restlessness, and thoughts of violence and suicidality. It is generally accepted that there is an increased risk for suicidality for children, teens, and young adults when taking antidepressants and in 2007 the US Food and Drug Administration (FDA) added a black box warning for teenagers.

Similarly, last year, researchers in Sweden published a study finding that individuals were more likely to commit a violent crime when taking an antidepressant compared to when they were not. These results and others have often been criticized or dismissed by those who point out that anxiety and suicidality are often symptoms associated with the conditions being treated. To explore this explanation, this study attempts to disentangle the symptoms from side-effects by looking only at the drug effects on healthy study volunteers who showed no signs of ‘mental disorder’ prior to drug exposure.

Following systematic review procedures, the authors retrieved 130 double-blind, placebo-controlled trials of antidepressants in healthy adult volunteers. Unfortunately, a number of these trials were uninformative, with 97 not reporting randomization methods, 75 not reporting any discontinuations, and 63 failing to report on adverse events. Only 11 of the remaining trials reported on harms related to suicidality or violence. The drugs tested in these trials were citalopram, escitalopram, fluoxetine, paroxetine, and sertraline or venlafaxine. Only four of the final eleven trials were free of industry funding and industry authors.

For the sake of this study, these harms were defined as adverse events that could be considered “precursor events to suicidality or violence” and also including psychotic events and mood disturbances. This definition and the types of harms being monitored were based on the list of criteria used by the FDA in its 2006 meta-analysis on suicidality (see Table 2). 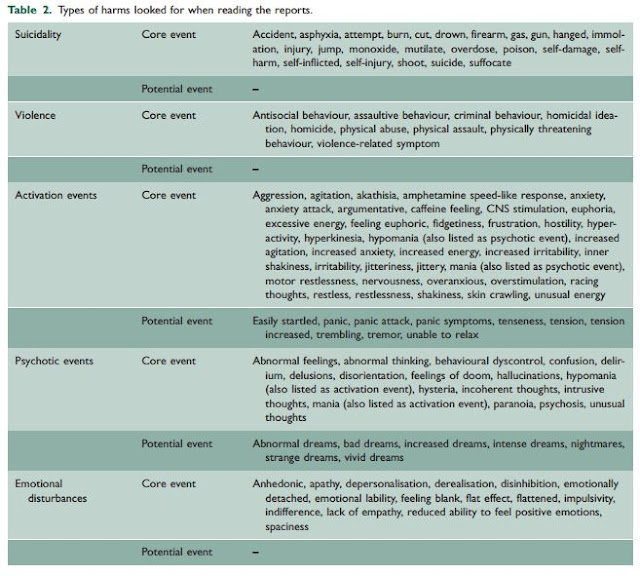 The results of the meta-analysis revealed that while none of the participants in the studies reviewed committed suicide, taking antidepressants doubled the risk of harms and precursor events related to suicidality and violence. They estimated that one in every sixteen volunteers exposed to the drug treatment were exposed to these harms. All of the recorded adverse events in these trials happened while volunteers were regularly taking their antidepressant and none occurred during the withdrawal phase after the trials were finished.

“There can be little doubt that we underestimated the harms of antidepressants,” the authors write of their meta-analysis. “For 11 of our 13 trials, we only had access to the published article, and it well documented that the drug companies underreport seriously the harms of antidepressants related to suicide and violence, either by simply omitting them from the reports, by calling them something else or by committing scientific misconduct.”

Critics have responded to this latest study, claiming that the data do not support the conclusions drawn by the authors. Phil Cowen, a professor of psychopharmacology at the University of Oxford, contends, for instance, that the results show no direct reports of violence or suicidal behavior.

“What one sees are known adverse effects of serotonergic antidepressants such as anxiety, nervousness, tremor and abnormal dreams,” Cowen writes. “These side-effects are clinically significant, frequently distressing and an important topic for discussion between patient and clinician. However, the notion that they are necessarily indicative of violence and suicide seems to me rather like arguing that transient annoyance with a colleague is much the same thing as attempted murder.”

In total, the researchers found 91 adverse events related to suicide or violence out of 612 total study participants across the 11 trials (54 or 15.25% of 354 people taking antidepressants, and 27 or 10.46% of 258 people who took placebo). This translates to a nearly doubled risk for adverse events, including agitation, nightmares, feeling jittery, nervousness, anxiety, restlessness, tremor, depression, and abnormal dreams or thinking. It can be expected that researchers will continue to debate whether or not these symptoms can be properly interpreted as precursors to suicide or violence.

Previous article$11.9 Million Paxil Suicide Verdict: The Inside Story
Next articlePicking Our Battles in the War on Prejudice and Discrimination