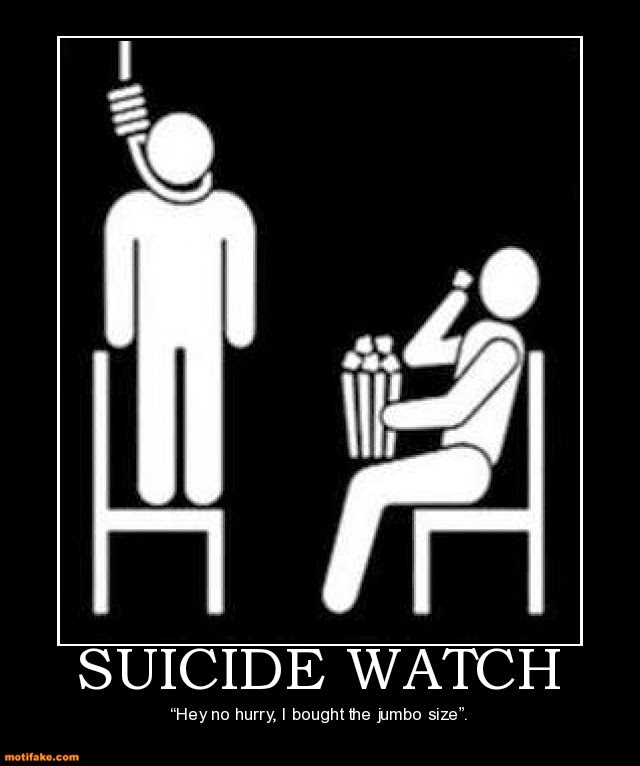 As the amount of involvement that people have with psychiatric professionals and psychiatric care increases, the likelihood that they will commit suicide rises steadily and dramatically, according to a study in Social Psychiatry and Psychiatric Epidemiology. Taking psychiatric medications makes people nearly 6 times more likely to kill themselves, while having spent time in the previous year in a psychiatric hospital makes them over 44 times more likely to kill themselves. The findings suggested that clinical tools for assessing suicide risk are not working well, stated the Danish authors of the broad-based study of the Denmark population. However, an accompanying editorial suggested the findings more likely showed that “psychiatric care might, at least in part, cause suicide.”
The researchers did a nationwide, nested case-control study comparing individuals who died from suicide to matched controls between the years 1996 and 2009. They then graded psychiatric treatment in the previous year on a scale including “no treatment,” ‘‘medicated,’’ ‘‘outpatient contact,’’ ‘‘psychiatric emergency room contact,’’ or ‘‘admitted to psychiatric hospital.’’ From 2,429 suicides and 50,323 controls, they found that taking psychiatric medication made a person 5.8 times more likely to kill themselves. Psychiatric outpatient contact increased the suicide rate 8.2 times. If the person had visited a psychiatric emergency room they were 27.9 times more likely to kill themselves, and if they’d actually been admitted to a psychiatric hospital they were 44.3 times more likely to commit suicide.
“Psychiatric admission in the preceding year was highly associated with risk of dying from suicide,” concluded the researchers. “Furthermore, even individuals who have been in contact with psychiatric treatment but who have not been admitted are at highly increased risk of suicide.”
The authors stated that ‘‘the association is likely one of selection (rather than causation), in that people with increasing levels of psychiatric contact also are more severely at risk of dying from suicide.” Nevertheless, they wrote that, “The public health significance of this finding may be considerable.” They suggested that current tools for assessing risk were not working, and clinicians should perhaps start regarding a patients’ point of contact with the psychiatric system as a risk factor for suicide.
However, in an accompanying editorial in the journal, two Australian suicide experts questioned these interpretations. “Associations that are strong, demonstrate a dose-effect relationship, and have a plausible mechanism are more likely to indicate a causal relationship than associations that lack these characteristics,” they wrote. “There is now little doubt that suicide is associated with both stigma and trauma in the general community. It is therefore entirely plausible that the stigma and trauma inherent in (particularly involuntary) psychiatric treatment might, in already vulnerable individuals, contribute to some suicides… Perhaps some aspects of even outpatient psychiatric contact are suicidogenic. These strong stepwise associations urge that we pay closer attention to this troubling possibility.”
Disturbing findings about the risk of suicide and psychiatric hospitals (Large, Matthew M. and Ryan, Christopher J. Social Psychiatry and Psychiatric Epidemiology. September 2014. Volume 49, Issue 9, pp 1353-1355. DOI: 10.1007/s00127-014-0912-2)
Risk of suicide according to level of psychiatric treatment: a nationwide nested case–control study(Hjorthøj, Carsten Rygaard et al. Social Psychiatry and Psychiatric Epidemiology. September 2014, Volume 49, Issue 9, pp 1357-1365. DOI: 10.1007/s00127-014-0860-x)