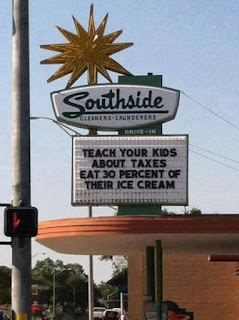 WHY, do we keep finding Marxists & Socialists in Psych/Academia?

It's because if they came out in the open, as who they are, and ran for Political Office in America they'd stand absolutely NO chance of winning election. And as Professor Frederick Crews has so deftly laid out for us, .....
Why Academia & Psych Keep Producing Incomprehensible Crap
..... in Academia we've a Top Heavy surfeit of Graduate Students seeking Tenure, ...... and everything Worth researching/saying about the Humanities has already Been said.
Freedom works. Collectivism does not.
So the Lot of these Academic Tenure Hunters have jumped the Empirical/Scientific reservation to blather on about/reconstruct, make esoteric apologies for, socio-economic systems which have FAILED, WHOLESALE, in every corner of the globe they've been instituted in, ...... and they Have been instituted already, in Every corner of the globe.
If Marxism worked, (and it's had Plenty of trials) the planet would already be a Worker's Paradise, ...... instead of the Documented Record we have of endless poverty, tyranny, mass murder, & wars that even the most casual student of history can recite virtually in their sleep.
And so, we bring you one more, Utopian, Psychological Deep Thinker.
Here's from Fromm's Wiki entry

Fromm's best known work, Escape from Freedom, .....
[Ed; It just Never Stops with these people]
...... focuses on the human urge to seek a source of authority and control upon reaching a freedom that was thought to be an individual’s true desire. Fromm’s critique of the modern political order and capitalist system led him to seek insights from medieval feudalism. InEscape from Freedom, he found favor with the lack of individual freedom, rigid structure, and obligations required on the members of medieval society:

What characterizes medieval in contrast to modern society is its lack of individual freedom…But altogether a person was not free in the modern sense, neither was he alone and isolated. In having a distinct, unchangeable, and unquestionable place in the social world from the moment of birth, man was rooted in a structuralized whole, and thus life had a meaning which left no place, and no need for doubt…There was comparatively little competition. One was born into a certain economic position which guaranteed a livelihood determined by tradition, just as it carried economic obligations to those higher in the social hierarchy.[8]

The culmination of Fromm's social and political philosophy was his book The Sane Society, published in 1955, which argued in favor of a humanistic anddemocratic socialism. Building primarily upon the early works of Karl Marx, Fromm sought to re-emphasise the ideal of freedom, missing from most Soviet Marxism, and more frequently found in the writings of libertarian socialists and liberal theoreticians. Fromm's brand of socialism rejected both Western capitalismand Soviet communism, which he saw as dehumanizing and that resulted in a virtually universal modern phenomenon of alienation. He became one of the founders of socialist humanism, promoting the early writings of Marx and his humanist messages to the US and Western European public.
In the early 1960s, Fromm published two books dealing with Marxist thoughts (Marx's Concept of Man and Beyond the Chains of Illusion: my Encounter with Marx and Freud). In 1965, working to stimulate the Western and Eastern cooperation between Marxist humanists, Fromm published a series of articles entitledSocialist Humanism: An International Symposium. In 1966, the American Humanist Association named him Humanist of the Year.
For a period, Fromm was also active in US politics. He joined the Socialist Party of America in the mid-1950s, and did his best to help them provide an alternative viewpoint to the prevailing McCarthyism of the time. This alternative viewpoint was best expressed in his 1961 paper May Man Prevail? An Inquiry into the Facts and Fictions of Foreign Policy. However, as a co-founder of SANE, Fromm's strongest political activism was in the international peace movement, fighting against the nuclear arms race and US involvement in the Vietnam War. After supporting Senator Eugene McCarthy's losing bid for the Democratic presidential nomination, Fromm more or less retreated from the American political scene, although he did write a paper in 1974 entitled Remarks on the Policy of Détente for a hearing held by the U.S. Senate Committee on Foreign Relations.
And Here's from his Marxists.org listings
Eric Fromm
Marx's Philosophy of Man, Erich Fromm 1961
Marxists.org has quite a bit more on Mr Fromm. A word of caution however.
If you're going to chew your way through this stuff, make sure you've plenty of hot water handy, because you're going to want to take plenty of breaks, ...... and showers to wash this guy Off of you.
Posted by D Bunker at 12:45 PM

That was very reasonable and unbiased. Glad to see the ramblings of an "American, period" aka nationalistic idiot.

Hopefully some day you get further than the Sunoco down the road and can tolerate or at minimum entertain ideas outside your own. Until then, Sean Hannity is happy to watch you smash a Keurig

If this little post got your tit in a wringer, you should stick around, read a few more of our Nationalist Idiot ramblings.

We have lots more Nationalist Idiot ramblings here. Lots more of them.

Always refreshing to be accused of a Limited Scope of Vision on such Issues by an Anonymous commentator who won't even identify his own geographical/political point of origin, but knows that Americans are Idiots.

You're upset with Anti-Marxists, and yet you offer Nothing to counter our position beyond calling us a Nationalist Idiot.

Take a bow. You've done the Workers of the World Unite crowd Proud!